(Hint: This description won´t help you to write a code, but to use the "Script Engine" plugin.) 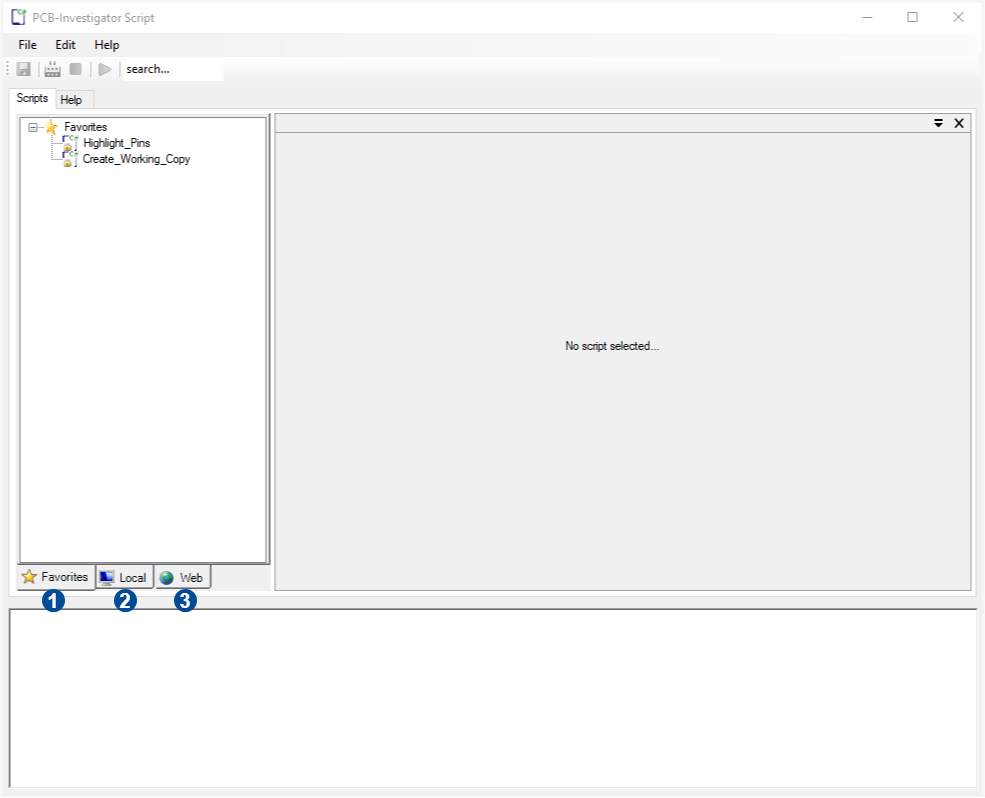 After opening the "Script Engine" dialog for the first time, you will see two scripts in your "Favorites" tab for demonstration purposes. 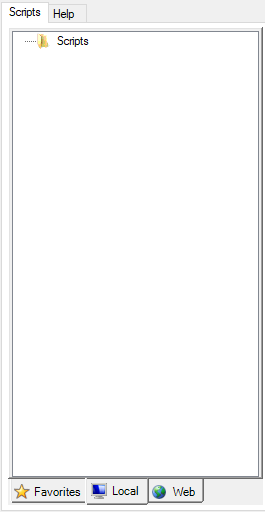 If you click on the "Web" tab and choose a script, you can see the code of the script on the right side. The "Web" tab does not allow to edit the code (marked by the grayed background of the code block). 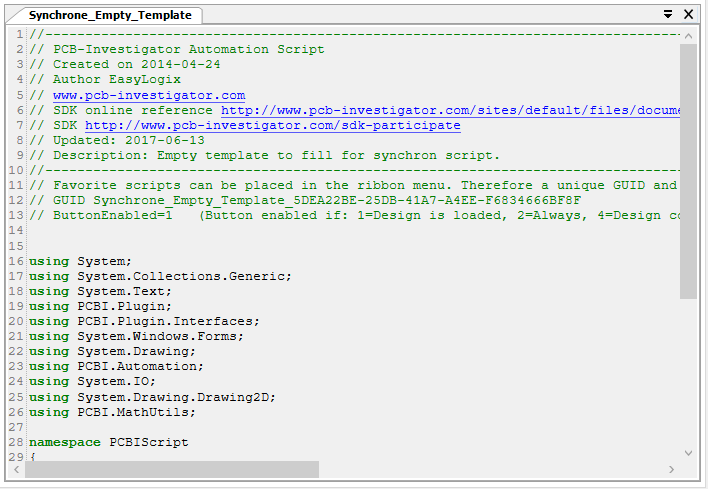 To add scripts to the local tab, there are two ways. 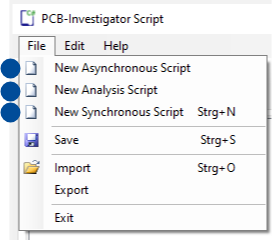 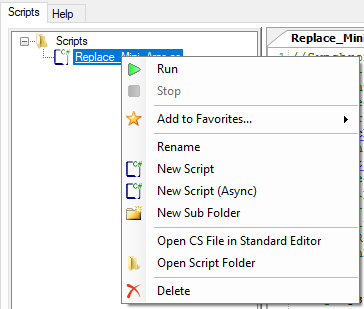 Both possibilities allow you to add a new script. There are different types of scripts you can add. These types do act completely different.

To add an existing script switch to the "Web" tab. The opened "web" should look similar to the following image. With the "search" field at the top of the window you can search for a certain name or description. 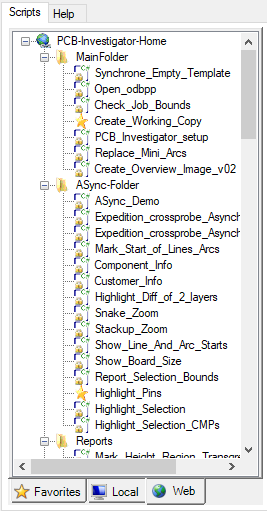 To add a web script to your local/favorites tab, left click on the desired script. This shoul look like the following image.

After you added it to your favorites or local tab, you can edit them. Switch to the "Local" tab, if you want to edit the code.

Adding a local script to you favorites can also be done by right clicking the script and choosing the "Add to Favorites" option. Scripts can also be organized in sub folders for a better categorization.

Starts running the script. Starting the script will automatically compile the code first. You can either start running using the right click on a script and clicking "Run" or just by clicking the green start button at the top of the dialog.

Stops running the dialog by clicking the red square button.

With this button, you can compile your code. Compile errors will be shown in the list at the bottom of the window.